The fourth downloadable GM-SS Dungeons and Dragons One Shot Adventure

Whether it’s for a one-shot adventure, starting a longer story, or just another day in your players’ lives, we hope this adventure module will inspire all you DMs and GMs out there. This time you’ll find inspiration for some new monsters, learn about natural hazards in a mine and a few underground encounter ideas. Enjoy!

Far up in the cold North, nestled between two giant mountains, lies a mining city called Dandery. It can be seen from miles away by the steam, light and noise it produces day and night. Dandery’s mines contain a huge quantity of coal, silver, indium, zinc and lead. Since the mines are worked on non-stop and the working conditions are horrible, the town is in constant need of new miners. People seeking their fortune from all over the region come to Dandery, but only a few of them ever leave. Cave-ins, gas-pockets, explosions and the immense heat thanks to the active hydrothermal system of the mountains make mining here probably the most dangerous job in the world. However, recently the miners have encountered a new hazard: tiny winged creatures attacking the miners and stealing ore. They seem to appear out of nowhere and have caused several fatalities already. However, since this is a hazard that could potentially be dealt with, the mining guild has offered a reward to anyone who can find the nest of these flying devils and exterminate them. So far, not many parties have been brave or dumb enough to try.

In this 4- to 5-hour adventure, a party of 4th to 5th level characters will be tasked with delving into the deepest depths of Dandery’s mines. In addition to the natural hazards they must also fight-off these mysterious winged creatures and figure out where they came from. Is the party strong-willed enough or will they, as the miners say, “break their pick”? 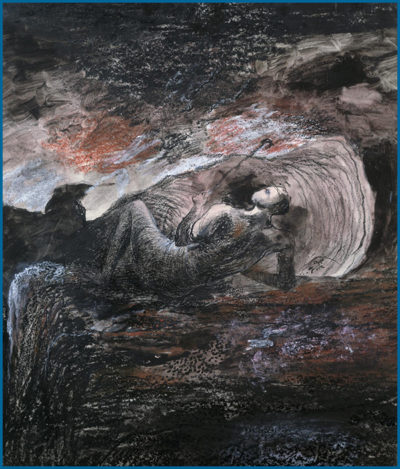