Extinction Punk – The Eco RPG powered by the Apocalypse

Extinction Punk is a table-top role-playing game (TTRPG), which emulates a genre of science fiction and science fantasy, that envisions how the future might look like if humanity fails to stop a man-made extinction event such as climate change, nuclear holocaust, or biological warfare. As such, it not only describes this TTRPG, but also a multitude of media such as literature, comics, movies, and video games in a similar manner to adjacent movements such as steampunk or cyberpunk.

The iconography of Extinction Punk focuses on tight-knit survivors right after the extinction event or in the (not necessarily human) civilizations which came afterwards. Popular icons in the genre orientate themselves after 21st century youth and climate protest culture and reclaimed capitalist art pieces, transported to a post-apocalyptic environment. Common story elements include mutations, mutated monsters, nature reclaiming the planet, megafauna, and remnants of advanced human technology (e.g., robots, mechs or jury-rigged weaponry) found in unusual settings.

Although Extinction Punk is concerned with the end of the human species as we know it, its narratives are usually adventurous, humorous, colorful, and optimistic. After all, once the worst has already happened, things can only get better. Its stories are often filtered through the lens of early 21st century meme and pop-culture – in equal parts earnest and cynical as well as both critical of late-stage capitalism while being unashamedly nostalgic for the cultural artefacts it produced. 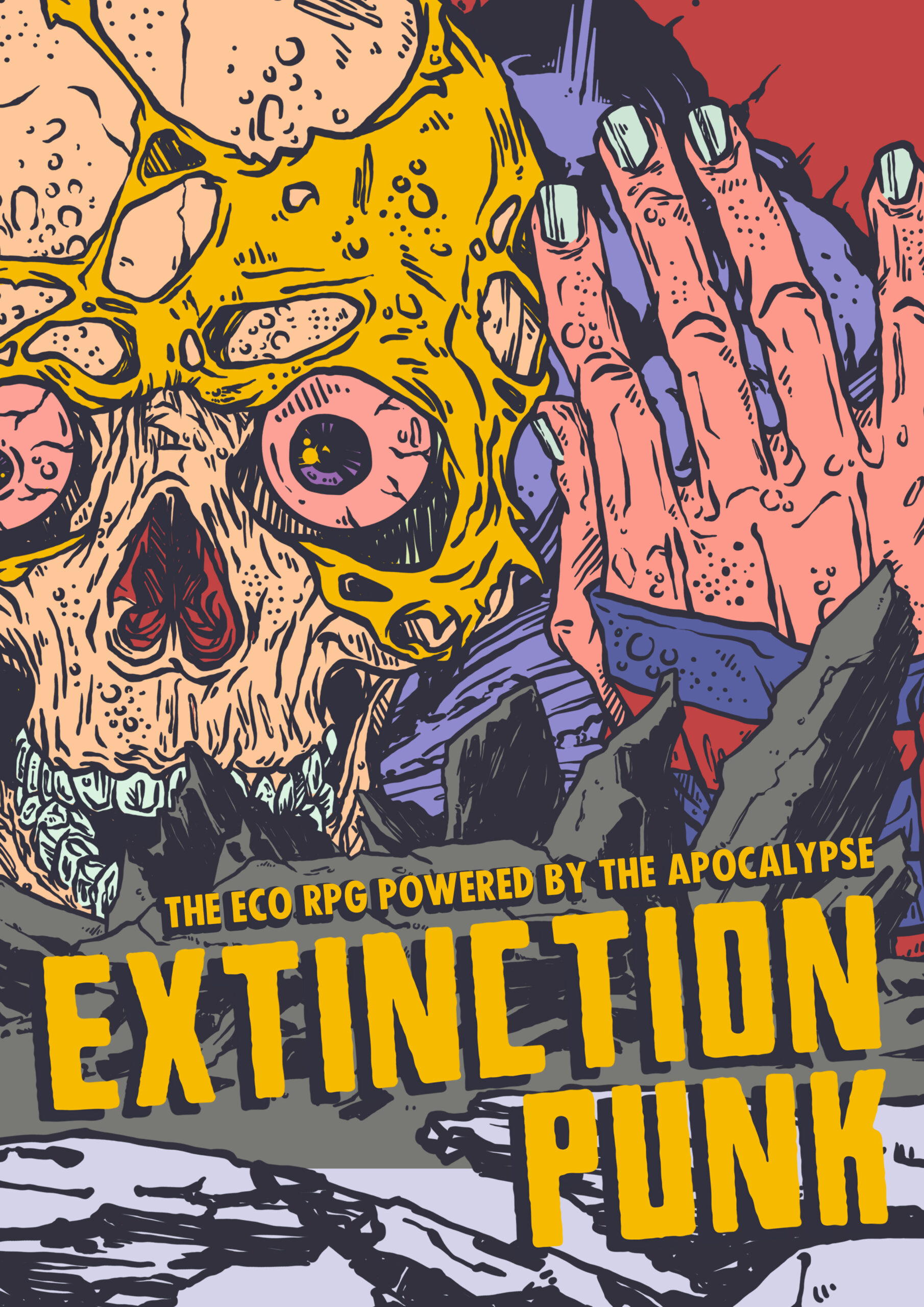 What differentiates this game from other roleplaying games?

Extinction Punk and its mechanics are largely based on Apocalypse World by D. Vincent & Meguey Baker and games like it, mainly Dungeon World and Monster of the Week (which are all excellent and you should check them out).

Like those games, Extinction Punk is a narrative-driven, streamlined tabletop role-playing game. Its main features are:

What inspired the world of Extinction Punk?

The tropes of Extinction Punk came to us by observing some pieces of popular media of the past 5-10 years. While not all of these things fit exactly into the world of Extinction Punk, a lot of them do. So much so, that we are convinced Extinction Punk the genre will establish itself (although probably under a different name) anytime soon.

What differentiates Extinction Punk from other Genres?

Some genre-afficionados are probably reading this and thinking to themselves – “Wait: are you not just describing genre X?” Yes and no. Let us try to explain.

What Extinction Punk is: A subgenre of science fiction and science fantasy, closely related to other apocalyptic and post-apocalyptic genres. Its core features are:

What Extinction Punk is not: here are the major differences to other genres as we see them.

The Original Release of Extinction Punk - Warts and [...]