One Page Adventure: No Panacea

Our second one page adventure (OPA) – download bite-sized inspiration for your RPG sessions!

This one page adventure was meant to present a framework for a single interesting mechanic: having to balance the effects of an illness with the temporary side-effects of medicine. When we tested this one-page adventure, this balancing act let to some interesting strategizing – with the party’s mage trying to take as little medicine as possible to keep a clear mind, thereby exposing himself to more physical danger. However, the central quest of searching for the original pathogen fell apart quickly and had to be fleshed out with some interesting battles along the way.

A deadly disease known as Pestis has spread over the rich harbour town of Fontaine. It starts with a light dizziness and a lowered pain-threshold. Soon, even small stimuli start to cause tremendous pain until the victim is driven insane – an empty husk roaming the streets and inflicting violence on anything which threatens to get near it. The city’s chief medical officer, Marten Hoyt, thinks he can create a vaccine, but to this end he must figure out how the disease spread in the first place. He sends your party out into the city with a rudimentary antidote to find the source.

In this one-page adventure, your party has been infected with Pestis. In an act of desperation, you venture into to a city which has fallen into a state of absolute chaos. Can you find the original source of the disease? Can you cope with your progressing illness? Can you trust Hoyt’s antidote? After all, he warned you it would be “No Panacea”. 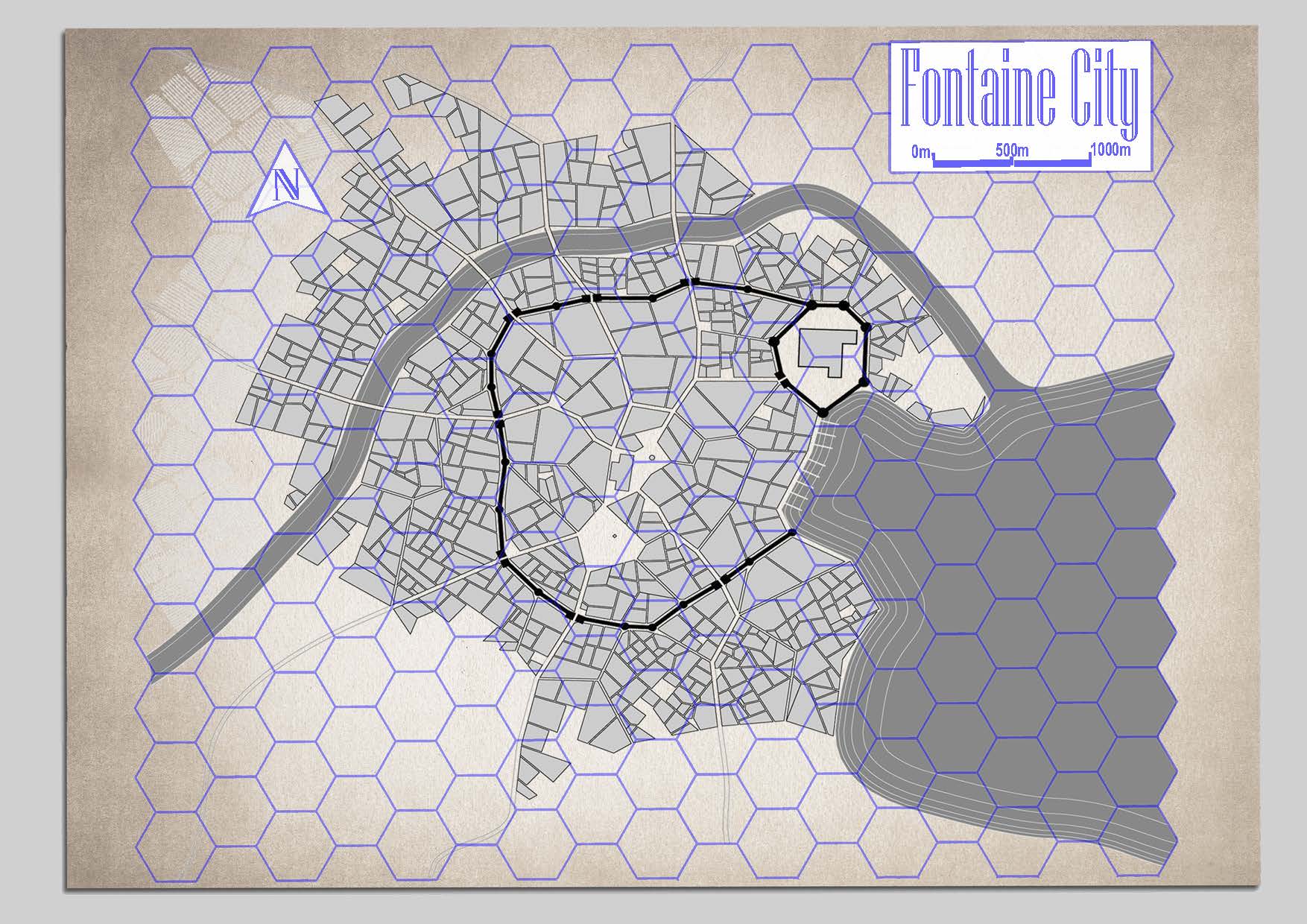