GM-SS One Shot: The Circle’s End

The eighth downloadable GM-SS Dungeons and Dragons One Shot Adventure

Whether it’s for a one-shot adventure, starting a longer story, or just another day in your players’ lives, we hope this adventure module will inspire all you DMs and GMs out there. This time we’ll take you down into the bowels of the earth to the continuation of our previous one-shot “Follow the Lights“. Dark rituals and powerful artefacts await your players. Enjoy!

Daraven was raised to be a Priest of the Quiet – a religious order dedicated to help the souls of the dead passing on to whatever lies beyond. Daraven, a shy but determined child, grew into a well-loved pillar of his community. Soon he gathered several followers who saw the wisdom in his teachings. He expanded on the philosophy of the quiet, proclaiming he’d seen the passage of souls: a circle of blinding, heavenly light calling out to all souls from atop a tall tower. For a while, these visions gave him comfort. However, as death constantly surrounded him, he soon began to wonder if there was any point struggling to stay alive at all. Plagued by doubt, he decided for his life to have any meaning at all, he’d need to find out if his visions where indeed true. He gathered his most trusted disciples and set out to find the passage of souls. Reasoning he could find its location by asking the dead themselves, he abandoned his God’s teaching in favour of more dark arts: Necromancy. After many summonings and travels, he finally managed to bind the soul of an old gnome able to describe the location of the passage of souls. However, once he got there, he found the tower of his visions dark and desolate. Convinced, that there must be something more, he and his disciples delved deeper into this strange underground land, infested with lost souls.

In this 5- to 6-hour adventure, a party of 8th to 10th level characters will stumble across what’s left of Daraven’s party. What rituals has he been conducting in this ancient ruin? What still draws restless souls down here? Is it possible for the living to escape the clutches of “The Circle’s End”? 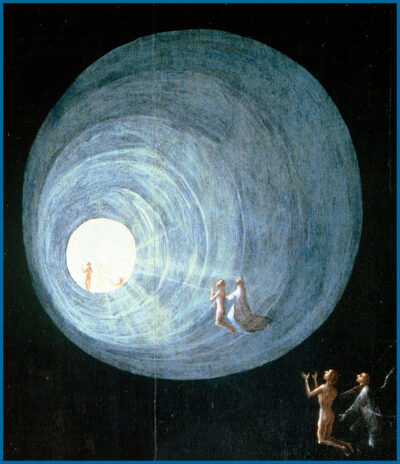