The seventh downloadable GM-SS Dungeons and Dragons One Shot Adventure

Whether it’s for a one-shot adventure, starting a longer story, or just another day in your players’ lives, we hope this adventure module will inspire all you DMs and GMs out there. This time we’ll give you the framework for a more roleplay-heavy one-shot, help you set up a murder mystery at a fancy social gathering and an idea for some fun investigative gameplay. Enjoy!

Of all the delicacies in the world, the Darlier Brandy must be one of the most exquisite there are. People call it the “Liquid Crown” – because even a small cask of a good vintage year can be worth more than double its weight in gold. The secret of its unmatched taste lies in the soil, the seeds and the technique used by the Hoyt Family. For generations, they’ve studied and enriched the soil of their large estate with alchemical infusions. If the rumours of other winemakers can be trusted, the Hoyt family also uses an unorthodox fermentation, distillation, and maturation process. Apparently, this is also the reason why no bottle younger than fifteen years ever shows up on the market: the process to create a Darlier Brandy just takes this long. Currently, the growing enterprise is owned by the family’s seventeenth head, Camar Hoyt. He was able to increase the family’s political standing as well as its business, despite being a man of small stature and a gentle demeanour. He did this by sponsoring various local campaigns to build up the Darlier countryside and by throwing elaborate feasts, where the elite of the country would gather to mingle. Most famous of all: Camar Hoyt’s autumn equinox garden party. An event drawing in the rich and powerful alike – along with the close attention of every criminal and spy in the country.

In this 5- to 7-hour campaign, a party of 8th to 9th level characters get invited to Camar Hoyt’s dangerous feast. Through magical means, they’ll learn of a plot to kill an important guest during Camar Hoyt’s final speech. Are they able to foil the plan or will Darlier get plunged into a civil war? The answer – surprisingly – can be found within the Darlier Brandy itself, or, how Camar would put it: “In Vino Augurium”. 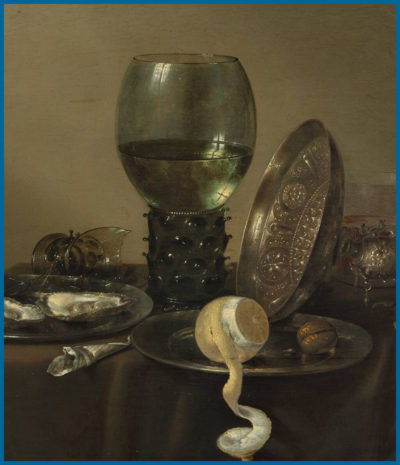